Ever wonder how long humans have been using window glass? Or, how has window glass has changed over time?

In today’s blog post, Springfield Glass Company fills you in on some interesting facts about the evolution of window glass throughout history.

The Romans created clear glass windows to be enjoyed by peasants and nobility alike. But this technology was lost during the Dark Ages, roughly between 476-800 A.D.

During this time, artisans would craft stained-glass windows with elaborate designs to adorn churches and places of worship. Clear glass was largely unavailable.

The Roman Empire’s glass was not transparent like today, but was clear enough to allow for light to pass through. Although still painstakingly difficult to manufacture, it wasn’t until the 17th century, in Britain, that glass windows began to be installed again on a mass scale.

The Comeback of Clear Glass Windows

By the 14th century A.D., clear glass had made a comeback thanks to the French, whose initial effort to make flat-planed transparent glass was done incrementally, making small pieces that had to be individually fit into window frames to make a whole glass window.

Having started in England in 1674, the most common glass in the American colonies was called Crown Glass. A blower would take a sphere of hot molten glass and expand it into a balloon shape, then flatten it, spin it on an iron rod, cool it off and, finally, cut it into individual panes of glass. 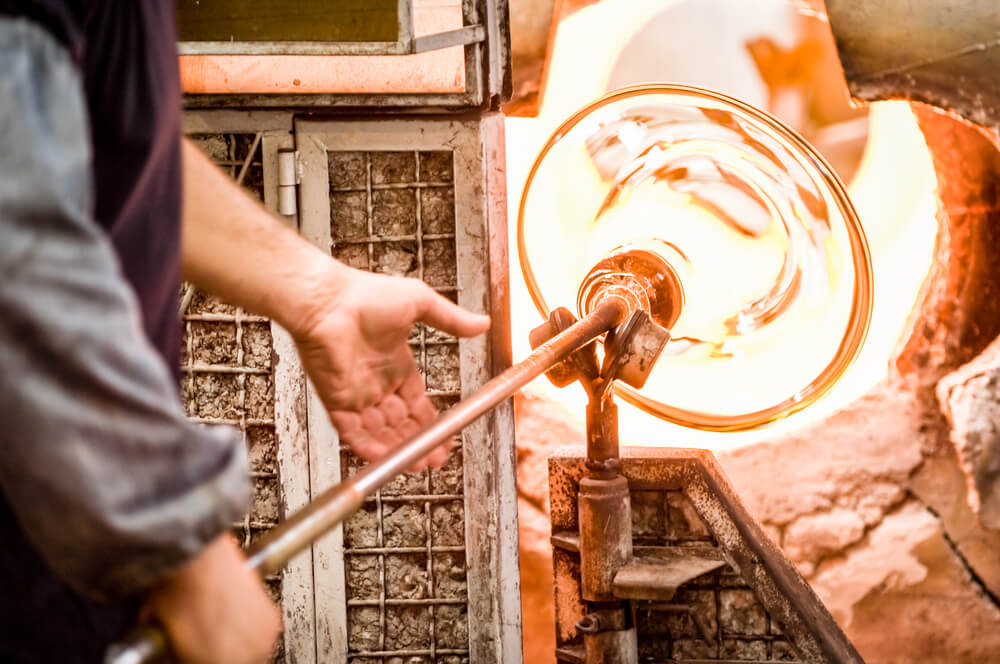 3500 BC – First Glass in the Eastern Region of Mesopotamia & Egypt

1674 – Crown Glass is invented by the French

1834 – Cylinder Sheet Glass is made by Robert Lucas Chance

Unlike its primitive origins, modern-day window glass comes in a variety of options for homeowners and businesses alike. Low E-coatings or double and triple-glazed windows can help reduce energy costs and insulate the infrastructure.

Today, glazed window glass engages a complex process where molten glass is folded on a foundation of molded tin, as high-pressure nitrogen polishes the upper surface.

At Springfield Glass Company, our high-quality residential glass windows help insulate your home, while maintaining a sense of polished elegance and style for every frame in the house.

Our passionate and professional staff of window glass installation experts can get your reinforced commercial or residential window glass repaired or installed with quick efficiency. For more information, or to receive a free quote, call us at 417-883-6555 or contact us online today!

Back to Blog Archive